Will Internet banking ever take off? Should Banks consider deploying the infrastructure and acquiring the necessary know-how to run an Internet based service?

After all, there are several other ways to make payments electronically, such as home and corporate banking dial-up services, value added networks (VANs), POS, etc. These systems have been designed specifically to deal with payments, whereas the Internet, an insecure network, has been developed for completely different purposes. Moreover, existing electronic payment procedures integrate well with the current world banking system, which is based on political and economical boundaries which separate the economies, isolating the banking systems from systemic risk. The Internet, on the other side, is intrinsically international.

Why should Internet services eventually take off? To this question, there can be several answers. First of all, the cost of a communication network is largely fixed. Therefore, the production of network services is subject to economies of scale. For instance, it has been calculated that the break-even point for the U.S. ATM network is achieved with at least 1,000 interconnected ATMs and with at least 2,000 - 2,500 operations per month on each machine.

The more a network is wide, and the more are its users, the less will be the average cost. Proprietary networks, designed for one or a few banks are, therefore, economically less efficient. Economic forces push towards the integration of networks. As the Bank of Italy recognises, "the advantages of new technology can only be achieved with systems accessible by a large number of users and able to interconnect". According to a research by the Hitachi Research Institute, today VANs are frequently designed to be able to interconnect with VANs of other companies and of banks, in order to maximise the amount of data that can circulate in electronic form.

This need puts the Internet at an advantage: it is already, today, the point of connection between many company networks. It offers a common protocol, TCP/IP, that allows each machine to connect to any other. While negotiations to achieve a common world-wide EDI standard never seem to reach an end, the Internet is already a de facto communication standard. With the potential to become a generic network, where all sorts of information travel, from usenet to images, from payments to advertising. Such a network would avoid duplications of functions, and be economically very efficient.

Furthermore, since the value of a payment instrument is directly proportional to the number of its users, it is normally difficult to find a balance between competition and co-operation. If banks start building competing payment networks, none of them will reach the critical mass of users to achieve profitability. On the other hand, if they co-operate and design only one payment system, the industry risks turning into a cartel. The solution could be to make the payment system independent of the physical infrastructure, the network. This can only be achieved if the network is a simple, "neutral", communication medium, such as the Internet. This would allow anyone to deploy his own software-based payment system, without having to undergo the huge investments necessary to build the communication network, which would give an advantage to large firms over small ones.

But what about the most important feature of a payment system, security? Any successful payment system will be subject to intense attacks. The difference between Internet payment systems and specific EDI networks is that, on the Internet, it is much easier to intercept and monitor messages. However, any electronic payment system needs to reach households and firms. Whereas the network backbone can be designed in a safe way, data can only reach the customers through the telephone lines or TV cables. Telephone lines are not much more secure than the Internet itself: anyone with a superficial knowledge of electronics can tap communications by connecting on the cable somewhere on its way to the customer. Security will have to be provided by protecting the message itself, not the communications line. This can only be achieved through encryption. And, under this respect, the Internet is not at a disadvantage.

On the demand side, the most important trend for what concerns payments is, today, the globalization of markets. Whereas in the past this tendency involved only large multinationals, the integration of European markets and the lowering of trade barriers imply that even medium and small companies have to compete in the international arena. This, in turn, gives rise to one unsatisfied need: that of fast, homogeneous, international payment procedures. Today's banking system is not designed to satisfy the payment needs of many small and medium customers. Whereas large corporations and institutions can move capital from one country to the other and change it from one currency to the other in real time, the typical retail international payment takes from days to weeks, and can be very expensive. The banking sector does not have the incentives, per se, to improve the situation, since the slowness of payments imply a revenue from the so-called "float" for the bank: between the time when the payor makes the payment and the time the payee receives it, the bank can earn an interest on the money.

On the other hand, Internet payment systems are designed as international, and compete on a global market. Being almost fully automated, they remove any "alibi" for slowness, and are a spur for the improvement of conventional banking services.

Finally, the Internet is a potential market. There is a multimedia communication protocol, the WWW, companies, and about 30 million customers world-wide. The only element which is missing is safe payment systems. If banks miss the chance to enter the market, they could lose their monopoly over payment services. Once people get used to Internet payment systems for on-line shopping, which promise to be very efficient, why should they walk to their bank to make a wire transfer? 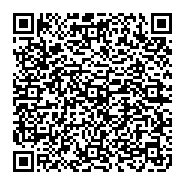