Previous studies have indicated that gender differences exist in consumer behavior. Areas where gender differences have been found include; media use (Stern 1988); information processing (Meyer's- Levy and Maheswaran 1991, Darley and Smith 1995 ); reactions to advertising message appeals (Widgery and McGaugh 1993); shopping habits and credit card use (Hayhoe, Leach, Turner, Bruin and Lawrence 2000). Similar differences have also been noted in on-line behavior. Prior research indicates that men are more likely to shop online than are women. Gummert (2000), using 1999 data, found that 43% of male internet users shop online while only 28 percent of female internet users shop online. The profile of the internet consumer has been a young, well educated, male consumer who has above average income. (GVU 1998). Has this changed? Recently published reports indicate that this may no longer be the case. Rainie (2002) found that during the 2001 Christmas holiday shopping season more women shopped online. This study extends the research regarding gender differences in e-commerce by looking at behavior and the possible reasons for the behavior, the perceptions of the benefits, concerns and important attributes of e-commerce.

Gender and Perceptual Differences Toward Technology

Gender differences exist in both technology acceptance and usage behavior (Knupfer and Rust 1997). Perceptual differences have been noted to impact the acceptance of new technologies in the workplace. The differences were in the perceptions of the technology, with women's perceptions being strongly influenced by subjective norms and ease of use. (Venketesh and Morris 2000; Venketesh, Morris and Ackerman 2000). Additionally, women's expectations of technology in the workplace have been found to be lower than males (Hackett, Mirvis and Sales 1991). Gefen and Straub (1997) found that while there were no differences in usage patterns between genders regarding the use of email, there were differences in perceptions regarding email. Perceptual differences can lead to usage differences. For instance, females use the internet primarily for interpersonal assistance and education, while males use the internet for entertainment and leisure ( Jackson, Ervin, Gardner and Schmitt 2001;Weiser 2000).

Benefits and Concerns of Internet Shopping

For many consumers the benefits obviously outweighed the concerns and they have plunged into the virtual world of e-commerce. The benefits noted by on-line consumers include better selections (Rowley, 1996; Simonson, 1999, Wyner, 2001); the convenience of access to the stores on a 24 hour a day seven day a week basis (Rowley 1996; Torkzadeh & Dhillon, 2002); the convenience of shopping from home and or work (Rowley, 1996; Modahl, 2000); and the avoidance of crowds (Rowley 1996). Other benefits to consumers include; social acceptance, personal gratification, and intellectual stimulation (Modahl, 2000) and domain specific innovativeness (Citrin, Sprott, Silverman & Stem 2000).

This research project was funded and developed on behalf of an internet retail company. The purpose was to profile on-line consumers then identify concerns and perceived benefits of e-commerce in the minds of the on-line consumer and utilize the information to develop a better relationship with the online consumer through an understanding of their underlying motivations. The data was collected in March of 2000. A phone survey was conducted of 224 respondents in seven cities. These cities were chosen for the proportionally greater percentage of on-line consumers than other regions in the country. The data was collected over a three day period with a phone bank of professional interviewers using a computer assisted telephone interviewing system (CATI) that automatically coded the responses into a database. Data regarding shopping behavior was collected on a four-point scale as interval data with "frequently" and "never" as end points. The questions assessed past behavior. (How often do you shop on-line for birthday presents?) Concerns were assessed on a four-point scale anchored by one "A lot" and four "Not at all". These questions addressed the consumer's degree of concern. (How concerned are you about return policies when shopping online?) The benefits and attributes were assessed on a five point scale anchored by one "very important" and five "not at all important". They examined the importance of the attributes to the consumer. ( example: How important is seeing a picture of an item before you purchase it?) The following are the results of this survey.

As Table One indicates, our respondents mirror the e-commerce literature regarding the profile of the consumer. They tend to be younger with over 50 percent between 25 and 44; better educated, 58 percent were college graduates and or had post graduate education; with a better income, 55 percent reported a household income of at least $50,000 dollars. The sample diverged from the literature in that there is a 50/50 split based on gender. This 50/50 split was done purposefully at the client's request. The following table, Table One, presents the respondents demographics. Cross Tab of Gender by Frequency of Purchase

An examination of table four reveals only marginal gender differences exist with regard to the benefits and concerns of e-commerce shopping. With a significance level of .063 the discriminant function is very close to achieving significance, however it does fall just short. The classification table, table four, demonstrates that the canonical discriminant function predicts group membership slightly better than chance.

However, an examination of the univariate tests reveals significant differences on three of the items and another that falls just short of the .05 cutoff. The differences were found on; "Wider variety to choose from" (.018), "Inability to see feel touch or try items" (037), and " Ability to Purchase items not found locally" (.052). In all of these cases the females considered the items to be more important than the males. 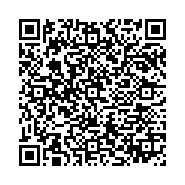