Factors affecting on large and small banks and its Survey

We use the crisis within the savings and loan industry during the late 1980s and early 1990s to examine the role of equity ownership as a mechanism for resolving the agency conflict between managers and shareholders. The analysis explores the relationship between failure and equity ownership at publicly traded savings and loan institutions and reveals interesting results. The sample consists of savings and loan institutions with ownership data available in proxy statements and covers the period 1983 through 1994. Our focus is on the equity owned by the directors and block holders as a mechanism for protecting the interest of outside shareholders. We differentiate between inside directors, affiliated outside directors and independent outside directors. The data reveals that independent outside directors owned less equity in failed institutions than they did in non-failed institutions. After controlling for age, size, regional economic conditions, type of charter and the regulatory environment in the state that the institution is located we find a non-linear relationship between insider-controlled equity and the probability that an institution failed. These findings suggest that the losses suffered by shareholders due to the failure of savings institutions could, in part, have been alleviated by appropriately structuring how the equity was distributed between insiders and outside shareholders. Therefore, we conclude that incorporating the role of internal governance mechanisms such as equity ownership in the analysis can enrich our understanding of the crisis. To address this question we focus on the period of turmoil within the industry extending from 1983 through 1994, which represents drastic changes and that provides several events for which we can examine the influence of equity ownership on firm survival. Other factors such as fluctuations in interest rates, deregulation and the condition of regional economies may have contributed to failures but are beyond the control of managers. However, other factors that may have contributed to the failures such as decisions to expand assets and liabilities, the selection and mix of these assets and liabilities, and the decision to leverage up the firm are well within the bounds of managerial prerogatives.

As such, this period provides an exceptional opportunity to investigate the relationship between inside equity ownership and the success or failure of savings and loan associations, which may be attributed to the quality of managerial decisions. We explore the following questions. Was the presence of unaffiliated block holders an effective mechanism for representing outside shareholders' interest to provide answers to these questions, we analyzed a sample of publicly traded that should provide opportunities to trigger the intervention by equity owners to preserve the welfare of the firm. Our analysis reveals that independent outside directors owned less equity in failed than they did in non-failed institutions. Similar comparisons for affiliated outside directors show that affiliated outside directors owned more equity in failed than they did in non-failed institutions. The presence of unaffiliated block holders among the owners of sample firms appears to be related to the probability that system failed. These findings suggest that the distribution of equity ownership between insiders and outside shareholders should be incorporated among the factors to be addressed before we can be confident that the problems are behind us.
The descriptive statistics for all variables utilized in the estimation of profit efficiency for the years 1999 and 1996, respectively, when using the national model. Specifically the mean and standard deviation for total profit, as well as the four input variables and five output variables are reported. The mean of each category for its respective year of observation remains relatively stable. Additionally, the cost of inputs appears to make sound intuitive sense when examined by size classification. The number of observations does vary slightly for each year. However, as discussed previously, this is due to the many mergers and acquisitions occurring at this time as well as a very few bank failures. Since this study uses the population of all banks for which data were available this should not induce bias into the study and should not affect the comparability of efficiency and its relationship with selected financial ratios over the chosen years. 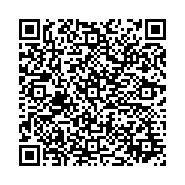