Paul Kimberley is an electronic commerce consultant to the division and principal of Paul Kimberley and Associates (PKA), Sydney, Australia.

Reengineered trade processes based upon trade facilitation principles and Electronic Data Interchange (EDI) are now a global phenomenon. But there is no single thread spinning through all of the initiatives on earth. Quite the contrary: local conditions have created a wide diversity of approaches:

•an approach driven, funded, and managed by the government;

• a strong cooperative arrangement, driven either by a government department or by a joint venture with the private sector;

• a private sector-driven initiative based on existing competitive infrastructure, possibly in cooperation with a nationality approved or mandated facilitating organization;

• a range of random leaderless examples;

• very little or no activity.

The major determinants for ultimate success, and for a high overall number of EDI users are clearly the active and willing involvement of the public sector, well organized and funded, and the enthusiastic participation of the private sector. A sophisticated, well-resourced technology infrastructure with access to the right skills and experience also has a direct effect on early success.

There are probably 50 cases of countries in transition from paper-based trade information processing systems to EDI trade facilitation systems. Each continent has its examples, as described in the following pages. It should be remembered that the user mentioned in this report is the end user, not an organization which may have many end users. Also, to qualify as an EDI user for this article the user must be using an approved message standard, either a national standard, or the international standard, UN-EDIFACT.

Canada, Mexico, and the United States

A private sector-dominated market has produced a large number of active and successful EDI users. There is government involvement in a range of applications, particularly in health care, social services, and procurement activities, but not too much in the way of trade facilitation, especially UN-EDIFACT. North America has the largest number of VANS, software houses, and practitioners, perhaps 50,0-00 total users in 1995 of the whole NAFTA region. Financial EDI is extremely strong in North America, possibly in response to diffuse and fragmented national banking systems. With the exception of Canada, the national EDI and trade facilitation organizations operate in a very low-key way, where they operate at all.

The Caribbean and Latin America

While Chile is organizing itself along with its Asian and Pacific competitors for EDI, most of Latin America has not initiated much in trade facilitation and domestic EDI applications. Trade facilitation, in particular, needs strong government participation, funding, and leadership. None of these factors are yet evident in the region.

With the exception of Brazil's electronic banking and financial EDI user base, the total number of users of EDI in the region is probably no more than 1,000; trade facilitation users are probably no more than 10 percent of that number. Leadership is coming from national European Article Numbering (EAN) and ICC organizations, especially in Colombia, Chile and Brazil.

Until the governments of Latin American and the Caribbean begin to play a serious role in EDI and trade facilitation, the techniques and usage will continue to languish. Meanwhile they still have to solve the problem of private sector cynicism.

A number of initiatives are merging from the former Soviet bloc. Each major country in the region, with the assistance of aid organizations and international agencies, is working hard to catch up with the West. Once again, trade facilitation has a heavy emphasis, although the Hungarian case study in our 2 volume report** illustrates some of the problems many of these countries face for the next few years. EAN organizations, local EDI Associations, international agencies, consulting firms, and trade facilitation organizations are the high-profile groups leading the move towards EDI in the region. The EU and Economic Commission for Europe (ECE) are also very important organizations in this regard.

The United Kingdom initiated EDI for trade facilitation early in the 1980s. The British Simpler Trade procedures Board's (SITPRO) pioneering efforts did much to pave the way. Also, the U.K. Article Numbering Association and the implementation of a national standard gave it the lead well before EDIFACT was conceived. All these, in addition to the efforts of the retail, manufacturing, distribution, and export industries, have not only ensured that the United Kingdom adopted that lead position in Europe, but also that it developed a significant electronic commerce export industry.

As early as 1986, the U.K. government, through the Department of Trade and Industry, HM Customs and Excise, and several British port operations, cooperated with the VAN industry to promote an extensive and effective national awareness campaign.

The Netherlands and the Scandinavian countries followed close behind. Now all of the Western European Countries have active trade facilitation and EDI campaigns and programs. France, Ireland, Italy, Germany, Spain, Switzerland, and the Benelux countries are all enthusiastic participants. Individual country initiatives exist, but the larger, pan- European initiatives are now being funded by a range of EU and ECE programs.

At the same time, much of the UN-EDIFACT activity is Europe-oriented, including language, location of secretariat, message content and compliance requirements. Since manufacturing and retail operations have advanced user groups, the commitment to cross-border trade facilitation EDI is very strong.

The number of Western European EDI users in 1995 is probably in the order of 30,000, of which 10 to 15 percent are trade facilitation users, using EDI for import-export purposes. Trade Points are being set up in close cooperating with Working Party 4 of the UNECE.

The Middle East and North Africa

There is some activity in Morocco, a great deal of activity in Israel, and an excellent example of a port using EDI for trade facilitation in the port of Dubai. With the exception of Israel, which has strong local infrastructure, local conditions do not make EDI easy to contemplate in this region. At the moment, many of the countries in the region are at very early stages of implementation.

Including the unusual example of Israel there may be 500 EDI users in the region, although accurate figures are hard to come by. There are certainly a number of local branches of multinationals who use EDI by long line from other countries.

Over the last three of four years South Africa has been preparing for a large-scale EDI movement. It has had an EDI association for about five years, in which several VANS are represented, directly and through resellers. Although it started comparatively late for a Western-style economy, there is serious interest from customs and ports and harbors.

It is possible that there are as many as 1,000 EDI users in South Africa in 1995. China, Hong Kong, Malaysia, Singapore, and Taiwan (China), are all active territories for EDI, and particularly for trade facilitation. There are several national initiatives, constructed along classic lines. All have government sponsorship; most had government funding. In addition, there are active EDI associations, EAN organizations, trade facilitation organizations, chambers of commerce, and all take the EDIFACT process very seriously. Indonesia and Thailand are lagging slightly behind, but both have had (rather unsuccessful) private sector initiatives for a year or two. Vietnam is currently installing a Singapore Network Services system but does not expect too much usage for a couple of years. Brunei, Myanmar, Laos, and Cambodia have very little EDI activity but interest is building.

The total regional number of EDI users -- most of them in Singapore - is probably around 7,000 of which at least 50 percent are trade facilitation users.

At the end of 1993, India committed itself to domestic EDI usage through its overseas telecommunications company. However, local business practices are making it difficult to make rapid headway, most especially in trade facilitation. There are very few active EDI users in India at the moment; the same is true of Pakistan, Bangladesh, Sri Lanka, and other South Asian countries. The region also plans to have financial EDI available in the near future.

In spite of recent infrastructure building there are probably no more than 200 users in the region, and virtually none in trade facilitation.

Japan and the Republic of Korea

These countries represent a paradox. Between them they probably have over 30,000 EDI users, but virtually all of them use private-format EDI. There are about 1,000 vans in Japan alone, bur very little interconnection, almost no EDIFACT, and very little trade facilitation. Japan has erected electronic barriers to electronic international trade, but it is hoped they will soon announce a solution. Korea has a national initiative that is government funded and dedicated to EDIFACT. But the majority of domestic users are on private or industry VANS. There is virtually no interconnect arrangement.

Australia and New Zealand have followed similar paths, New Zealand lagging slightly behind. Both countries are active EDIFACT users, and European Article Numbering Communication (EANCOM) is also finding a following, along European lines. Both countries' governments have stayed out of trade facilitation, New Zealand's more so that Australia's. Nevertheless, the private sector has stepped in to fill the void.

There are probably around 10,000 users of Australia, and about 1,000 in New Zealand. Around 15 percent in both countries are trade facilitation users.

The two volume report on Information Technology and National Trade Facilitation is available from the World Bank. Volume 1 (Technical Paper #316) is a summary of best practices; volume 2 (Technical Paper #317) is a companion volume with details on costs and benefits and respective roles of the public and private sectors in numerous EDI initiatives worldwide. The documents may be obtained from: 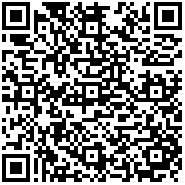