Community e-Banking: An On-Line Service Model for the Not-for-Profit Sector

There is a group of enterprises that exist to combat poverty, cure illness, clean up the environment, promote literacy, feed the hungry, and in general, to make the world a better place. Within their vaults are liquid assets worth over $3 trillion. These enterprises are not-for-profit foundations which together make up such a large part of the economy that they have been called the third sector, the first and second sectors being private business and the government itself. What is shocking is that these U.S. third sector enterprises, intent on being helpful, are so limited structurally that they have failed to do what any one of us would do with similar liquid assets – harness them conscientiously in support of our mission. In one way or another, virtually every U.S. foundation in the 21st century has subscribed to some form of philanthropic banking if for no other reason than because virtually anyone moving, holding, investing, or dispensing money, has been swept up in the new century’s internet economy. But not a single foundation has formally crossed that line from repository to depository institution.

No federal charter would permit entrepreneurial foundations to become banks, though CAF in Britain has done just that; but at the same time, nothing but the unwillingness of a group of community banks to engage actual foundations precludes them from depositing a share of their wealth into partner banks with whom they can shape and create opportunities for both struggling and advancing not-for-profit organizations.

There is no traditional model for third sector community banking. Such a formulation would have been difficult for small branch oriented banks to implement without the advent in recent years of inexpensive, off the shelf, and outsourced e- banking services. The plummeting infrastructure cost makes e-banking accessible to virtually any small community bank.

Emanuel Swedberg in the 18th century may have come closer than anyone to recognizing the potential of third sector community banking. Swedberg was the afflatus behind the great environmental and social philanthropist Johnny Appleseed. Appleseed planted nurseries, built fences to protect them, left the nurseries to ‘managers’ who sold trees on shares. His managers sold trees on credit. When New York’s Apple Bank was formed in 1863 “Surrounding the building were working farms and open, undeveloped lots… (Apple Bank www.applebank.com)” it could have easily provided services not dissimilar to those provided by Johnny Appleseed.

Third sector community e-banking is based on a fundamental rule that most Trusts and Foundations want to support innovation and would simultaneously expect to take only moderate risks along that path.

The absence of a third sector community e-banking paradigm in the U.S. stems as much from the failure of banks as from the fact that modern philanthropies are built on four intellectual pillars which have utterly failed to relate the fundamentals of banking to not-for-profit missions. These pillars, which I have discussed elsewhere, are Harvard Academics, Dot.com millionaires, Corporate Social Responsibility Advocates, and Stymied Trusts and Foundations. Despite the collapse of these pillars, banks have failed to assert themselves as viable alternatives.

Third sector community e-banking requires little in the way of structural change, either for the foundation or NFP that is making deposits, or for the bank that is receiving them. Every federally chartered bank offers deposit and loan products, and they all claim to provide a challenging and rewarding work environment for their staffs of professional bankers. Most community banks have a stated mission in their charters that align with third sector activities.

Where the third sector community e-bank departs from the mainstream bank is by providing compelling resources geared to help not-for-profits succeed in their missions.

The third sector community e-bank provides traditional banking products and services to its niche, the not-for-profit (foundations, associations, unions), and quasi-government (airports, special districts) generally identified as entities with tax-exempt status. The bank constructs an e-banking plan of operation around a regional or national customer base for revenue inflow, but creates few or no obligations for anything other than local outflow. The bank’s non-local customer base will consist almost exclusively of organizations seeking only a depository and fee for service relationship.

The third sector community e-bank will then provide a full range of competitive banking products and services; however, these services are supplemented and expanded to address the specific and unique financial needs of foundation depositors and not-for-profit clients. The bank becomes a regional repository for talent, commitment, and technology to address the specialized banking needs of foundations and not-for-profit organizations.

The service and marketing team of the bank will necessarily be mobile, technology oriented, and highly responsive to the specific needs of its customers.

Adjunct to its differentiated financial products, the third sector e-bank customer will have access to development counsel, strategic planning counsel, and turnkey fundraising implementation. Third sector e-bank consultants will serve as an extension of the NFP’s board, administrative and development staff. Services will include providing various levels of on-call access for board or staff members via phone or email to answer strategic and tactical questions, preparing key staff and volunteers for solicitations, attending staff, board or committee meetings, when needed, training staff and volunteers who play key roles in your fund raising operation, helping to develop individual strategies for major prospects, attending presentations to major prospects, planning for, and addressing, issues surrounding transition of key staff involved in fund raising efforts, analyzing and developing board and development committee agendas to ensure maximum effectiveness, helping to create, monitor and evaluate an organization’s annual development plan, creating or reviewing organization’s prospect management system, analyzing and developing organization’s donor cultivation and stewardship program, and planned giving.

Third sector e-banks like the bricks and mortar model will provide on-line up-to-date expert technical advice to donors, development professional and local counsel regarding the opportunities created by tax and estate planning laws, guidance on the state and federal requirements for starting a new nonprofit, assistance with bylaws, advice about and examples of charter documents, advice on incorporation, and advice and referral to accountants and attorneys in 50 states specializing in NFP practice.

Finally, the bank will provide assistance with e-filings, assessment of public charity vs. private foundation status, multi-state filing for charitable solicitations, and assessment of privileges and exemptions. Assessment of E&O, Liability and other insurance needs would be an additional function of the bank.

Community e-Banks can gain the expertise they require and cultivate exceptional local talent to implement their third sector missions in a very short time span. Banks electing to enter the third sector market can ramp up rapidly with training and assistance provided by a small cadre of third sector banking consultants.

Deposit growth assumptions are established under the premise that the bank can attract the projected level of deposits at acceptable rates, which is NOT highly dependent upon competition, consumer confidence and economic stability,

The third sector e-bank’s target market is defined by sector rather than by geography alone. This sector of the U.S. economy has not one banking organization with services geared specifically to meeting the needs of 1.8 million IRS-recognized tax-exempt organizations and 6.6 million individuals in the nonprofit sector. The bank’s market is un-served. There is no specialized banking organization in existence for this purpose.

Of the 1.8 million tax-exempt organizations that are registered with the IRS there are over 1 million public charities and approximately 200,000 private foundations. In addition, 453,570 other types of nonprofit organizations, such as chambers of commerce, fraternal organizations and civic leagues, are registered with the IRS. In 2006, nonprofits—including public charities, private foundations, and all other—accounted for 8.11 percent of the wages and salaries paid in the United States. (The Urban Institute, National Center for Charitable Statistics, Nonprofit Almanac 2008) In addition to these organizations an estimated 377,640 congregations currently serve their communities in the United States. (American Church Lists)

Third sector community e-banks have no direct competition. Most traditional banking services are supplied by default by traditional consumer and commercial banks in the not-for-profit’s geographical area. Some banks such as Webster bank offer “resources” and M&T’s 800 branches offer “expertise” to not-for-profits. This expertise is mostly an overlay of traditional banking products. Ancillary financial services such as credit card processing are jobbed out to major wholesalers by Webster and M&T and resold to not-for-profits at marked up rates. There are a range of not-for-profit service gimmicks such as M&T’s interest checking which is also available to virtually any other customer. Neither Webster, M&T nor any other bank offers a suite of dedicated third sector services. For those services, not-for-profit organizations must either go without or turn to “consultants” who generally charge enormous premium prices to fill the banking void.

Competition is therefore limited to token offerings by traditional banks and a random collection of consultants, none of whom provide a comprehensive suite of services to not-for-profit organizations. As such, the third sector community bank is a risk limited, income revenue opportunity. It does not require debt service, or collateral obligations. Fee and depository income can be applied in a way that is consistent with the bank’s existing operation. For struggling local and regional banks around the U.S., the third sector e-bank represents an unprecedented opportunity to reinvigorate business prospects and add deeper integrity to the bank’s existing charter. 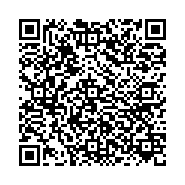